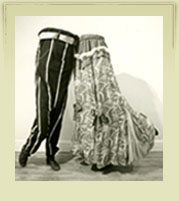 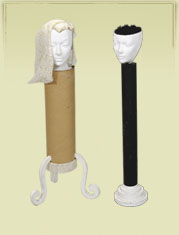 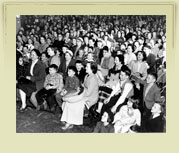 What does it take for a small pebble to become a puppet ... or for a delicate figure controlled by a complex array of strings to become a character?

Traditionally, the word "puppet" refers to a figure representing a person, an animal or a supernatural being that is animated and given a role to play. Today, when we examine the countless forms of theatre or other broadcast media grouped together under the "puppetry" banner, we realize that virtually any object - a recycled fork, a cut-out box, the hand of a puppeteer or a beam of light - can become a puppet. But at what moment does an object come to life as a puppet?

Well-known American puppeteer Bil Baird offers the following definition in his beautiful book
The Art of the Puppet (1965): A puppet is an inanimate figure that is made to move by human effort before an audience. It is the sum of these qualities that uniquely defines the puppet.

A puppet thus needs a puppeteer, because its movements are the direct result of a human being's actions - unlike a mechanical doll or robot, whose movements are predetermined. Although today's remote-control technologies may not require direct contact between the manipulator and the animated object, as long as a human being controls the action in real-time, such technologies remain in the realm of puppetry.

A puppet must also have a public life; in other words, the object must be animated with a view to communicating with an audience. A child's gesture of making a doll move and talk is similar to the puppeteer's gesture but, unlike the latter's performance, the child's play remains private and cannot therefore be considered puppetry.

A puppeteer... an audience... and the small pebble can thus become a puppet, and the delicate figure a living, breathing character.