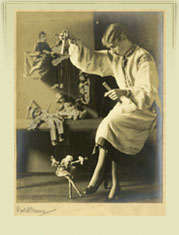 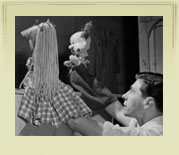 Historically, Canadian puppetry draws mainly from the European tradition. Professional puppetry began to develop in Canada in the 1930s, establishing itself during the 1950s, opening itself up to the wider world in the 1960s, and expanding still further in the 1970s. Today, puppetry is a vibrant art in Canada.

The Canadian Museum of Civilization's puppetry collection, made up, in large part, from the impressive Ontario Puppetry Association collection, which was transferred to the Museum in 1994, primarily showcases Ontario puppetry from the 1920s through the 1980s. As such, it does not represent the entire range of Canadian puppetry. The collection does, however, highlight important aspects of the history of puppetry in Canada, and it is an overview of that history that is offered here.